The Future of Retail Amidst COVID-19

ABOUT THE VIRTUAL EVENT

iGlobal Live is pleased to present the latest in our virtual event series, 'The Future of Retail Amidst Covid-19'.

Among the last to reopen, brick & mortar retail is forecast to further embrace omni-channel solutions, while reconsidering - and perhaps redefining - customer experience post- COVID-19. How can tenants and landlords better collaborate? How will sub-sector valuations change in response to forecast consumer patterns and footfall?

Mr. Winn is someone who drives results for teams of retailers, restauranteurs, real estate developers, and financial partners across the globe. 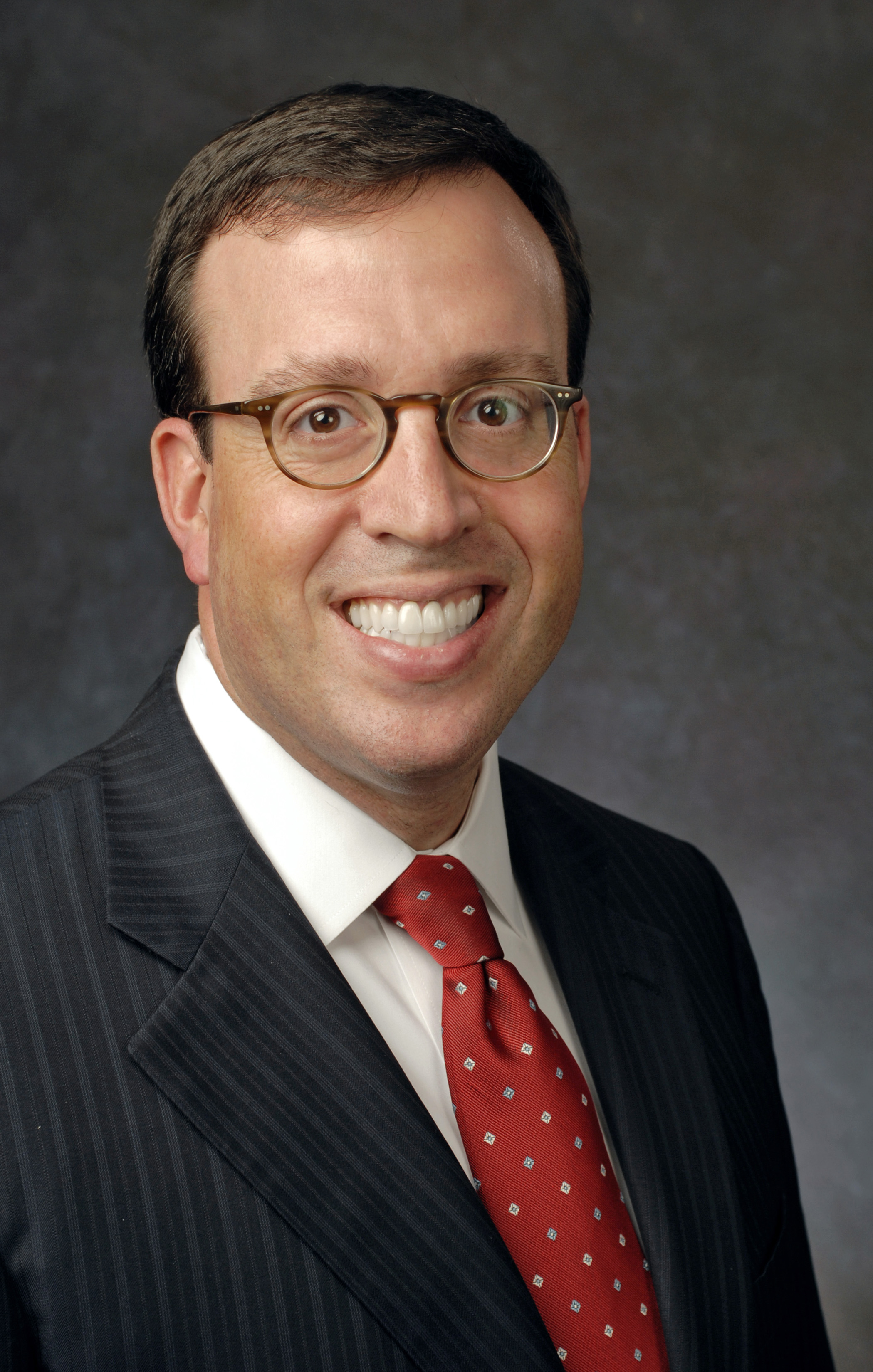 Known for his abilities to take ideas from concept through operating execution, he has been a trusted partner in the growth, operations and development of many companies and has been involved in billions of dollars of transactions.

Mr. Winn has a passion for helping nascent brands grow nationally and internationally. He is the Chief Development Officer for the What If…Syndicate, a portfolio of growing restaurants in Chicago that includes the 12th highest grossing restaurant in the US (Maple & Ash). In addition, he is a strategic advisor for a new off-site meeting concept called Meet In Place, and for the Octapoda group of companies that run restaurants in New York City and distribute products in Whole Foods under the Loi brand.

Prior to his time at What If Syndicate, Mr. Winn served in a variety of capacities both as a consultant and an employee for retail real estate developers and retailers. He has help senior positions at Olshan Properties and Starwood Capital Group. As the Global Retail COO of Cushman & Wakefield, Mr. Winn led for all areas of the business working on four continents and in over 25 countries. Mr. Winn holds a bachelor's degree with honors from Wesleyan University in Middletown, CT in Art and Architectural History.

He remains an active alumnus and currently the Chair of the Alumni Association. As a volunteer with the Leukemia & Lymphoma Society, Mr. Winn has received awards and accolades for his leadership with the Man of The Year campaign, the Big Climb, and Team in Training. He is also a member of the Program Advisory Board of the Georgetown University Masters in Real Estate program and involved in the International Council of Shopping Centers and the Urban Land Institute.

When Mr. Winn is not on the road, he works out of his home office where his wife and two sons give him unsolicited advice and tell him to “get a real job”.

Over his 30+ year career, he has developed expertise in all aspects of retail real estate. He recently led Rockwood’s retail property investment business, overseeing all strategy, development, acquisitions, leasing, management, and dispositions.  Previously he was with BlackRock; was SVP for California Pizza Kitchen, responsible for managing national expansion; and oversaw leasing, development, management, marketing, and portfolio management of properties in the west for Madison Marquette.

Joel enjoys all forms of sports including cycling, softball and skiing.   He is a member of the International Council of Shopping Centers, Urban Land Institute (ULI) and is immediate past Chair of ULI’s Commercial Retail Development Council. Education: University of Michigan, BA 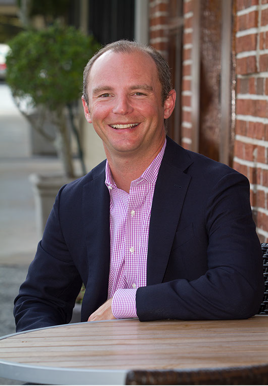 Scott joined Regency in 1997 and has held a variety of roles of increasing responsibility employing his talents in team building, strategic planning, development, and redevelopment, while managing and leasing retail projects throughout the United States.

Previously, Scott was Vice President for Sizeler Property Investors Inc., where he supervised leasing, management, and redevelopment for a large retail portfolio in Florida.  He also served in various management positions with commercial real estate developer Hill Partners, Inc., focusing on innovative retail development and management solutions for institutional clients. Throughout his career he has specialized in leading and building dynamic teams, strategic planning, redevelopment and the management and leasing of retail projects on a national basis.

Scott is the former board chair for L.E.A.D. (Launch, Expose, Advise, Direct), a non-profit whose mission is to empower at-risk young men in Atlanta’s inner city with a path towards productive citizenship. In addition, he previously served as a board member for the Council for Quality Growth, a trade organization dedicated to balanced and responsible growth in metro Atlanta. He is also actively involved with several civic organizations, including the child-advocacy group Covenant House and the Cathedral of St. Philip. He is an active member of the International Council of Shopping Centers and Urban Land Institute.

Scott is a native of Sparta, New Jersey and received a bachelor’s degree from Washington and Lee University.  He currently resides in Atlanta with his wife and their two sons.

Eric Weatherholtz has been repositioning or “repairing” retail, residential, and mixed-use properties since 1992. 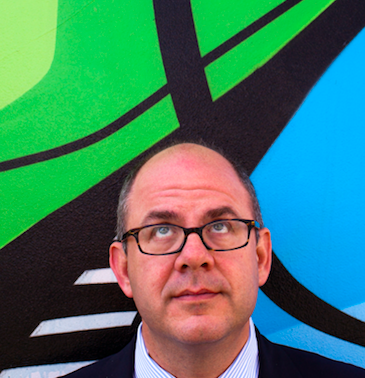 Some of his projects were recognized by the real estate community with awards including the Urban Land Institute’s Development of Excellence, the International Council of Shopping Centers’ Gold Award, the Atlanta Business Chronicle’s Deal of the Year (twice), the International Interior Design Association’s Best of the Best Award, and even the Concrete Foundation Association’s Commercial Structure of the Year award.

Eric has invested in private real estate occupiers including a variety of retailers and restaurateurs as well as technology companies focused on improving the retail experience. As an investment sponsor, Eric created two fully-discretionary private equity funds, generating net-to-investor IRRs exceeding 20%, and established single-asset partnerships for over 40 assets, all focused on "repairing" properties so as to better meet the needs of the surrounding community.

Eric is a graduate of the University of Virginia and a member of the Urban Land Institute (CRC Silver).

During his 13-year tenure with the firm, Mr. Flaherty has also held positions across the firm’s investment underwriting and execution platform, most recently as head of U.S. investments.

Kristen Morris is the Director of Retail Leasing at Jamestown. She manages retail brokerage activity for the entire Jamestown retail portfolio. 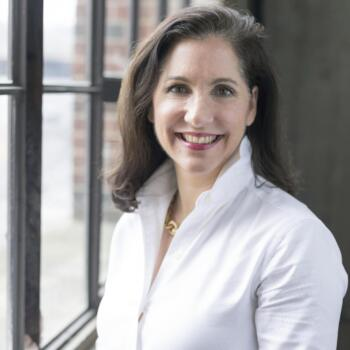 Additionally, Ms. Morris drives asset level strategic retail planning and place-making based on innovative, forward-looking merchandising. Over the last several years, she developed and executed a comprehensive and cutting-edge consumer research platform that remains integral to informing the unique strategic plan designed for each asset. With almost 30 years of retail brokerage and marketing expertise, Ms. Morris has experience with a broad spectrum of retail real estate product types including urban retail streets and districts, New Urbanism developments, mixed-use developments, traditional regional malls, lifestyle centers, and grocery-anchored community centers. She is a managing real estate broker in Georgia, Florida, New York, Massachusetts, and Washington, D.C., and is a member of the International Council of Shopping Centers and Urban Land Institute. Ms. Morris was a member of Midtown Atlanta’s Design Review Committee from 2014 through 2017. She earned a Bachelor of Arts in Anthropology from Georgia State University.